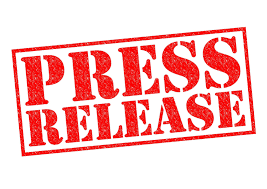 PRESS RELEASE:  NAGAAD Network is horrified and shocked by recent rapes and murderers against girls in Somaliland.

NAGAAD Network is horrified and shocked by recent rapes and murderers against girls in Somaliland. This year 2020, local communities reported four rape and murder cases in Awdal, Tog-dheer, and Sanaag regions. The last instance happened this month in the Saraar area, where older men raped two young sisters and murdered one of them. These rapes, widely reported on social media, are mortifying to decent people everywhere. We sincerely hope that these inhumane acts, and the thousands of others that go unnoticed every year in Somaliland, are the catalyst for change.

As the leadership of NAGAAD Network, we are sharing our deep-felt condolence to the families of the victims. We know that rapists and sexual offenders attack women and children of both girls and boys; we believe it is fundamental that victims and survivors receive the right justice and judgments of their offended rights from the law enforcement bodies.

We encourage everyone to show solidarity and support survivors of rape and sexual violence by coming together to implement the Sexual Offences Law. 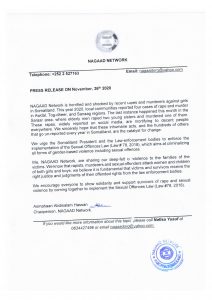