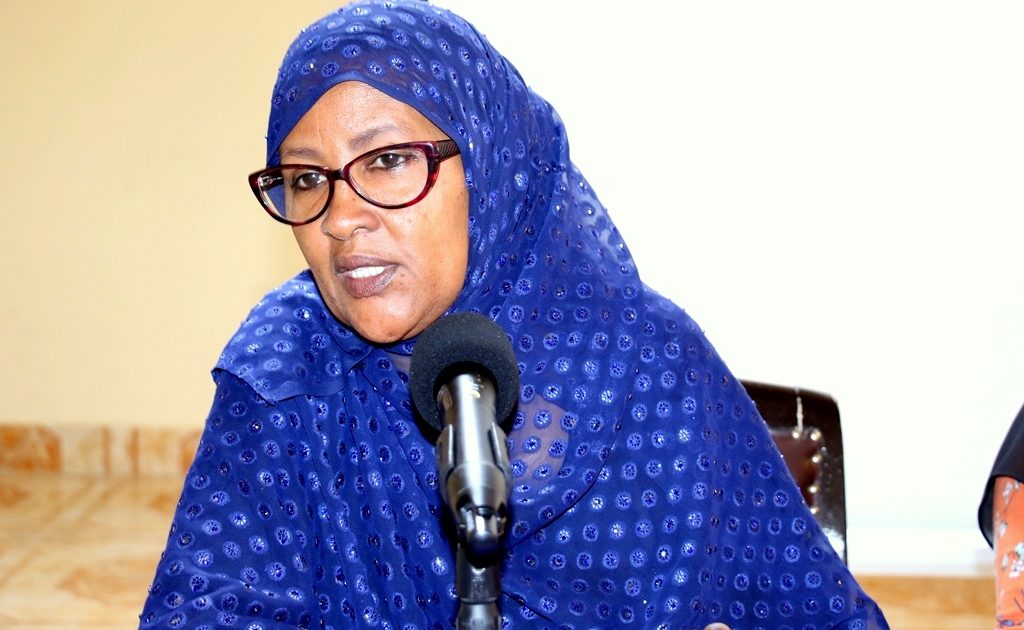 Hargeisa – Even before a visitor sits down in the office of Nafisa Yusuf Mohamed, they are fully aware of her views.

There is a hard-to-miss, large poster on a wall in her office, which reads: “Being a woman is more than biology.”

The 44-year-old mother of seven is at the forefront of women’s rights efforts in Somaliland, widely-recognized for her advocacy in this area over the past decade.

“Somaliland has made progress in political, economic and security issues over recent years, but we still have a way to go with women’s rights,” Ms. Mohamed says.

She currently serves as the Executive Director of the Nagaad Women’s Network, a coalition of 46 women’s organizations across Somaliland. She has been in this role for the past 10 years.

“I am the first to come and the last to leave, as I shoulder more responsibilities than any other person in the organization and I believe that I should lead by example,” Ms. Mohamed says about her workload and schedule, which sees her in her office at 7:00 a.m. every day.

Born in Somaliland’s capital, Hargeisa, in 1976, Ms. Mohamed was schooled in Hargeisa and completed a master’s degree in International Cooperation and Humanitarian Aid from the KALU Institute in Spain.

Her motivation to become a women’s rights activist stemmed from a realization, at an early age, that women in Somaliland do not have equal access to basic rights in various areas, ranging from economic, and political to social rights. Growing up, she witnessed gender-based violence and other abuses, such as Female Genital Mutilation (FGM).

“I thought that something can be done about it and that’s how I got into women’s rights. As Mahatma Gandhi said, I decided to be the change that I wanted to see in Somaliland,” she says.

According to the United Nations Population Fund (UNFPA), the Somaliland population was estimated at 3.6 million in 2014 and has been projected to 4.2 million in 2020, with bulk of the population living in urban centres. Women make up 50 per cent of Somaliland’s population. 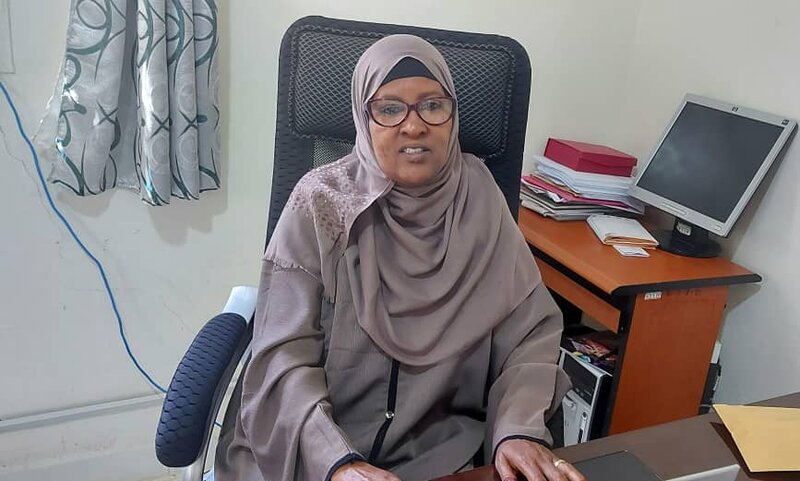 The activist is currently facing two challenges: women’s representation in Somaliland’s political arena and the repeal of a law on sexual offences.

In September 2020, she led a protest against a newly-amended election law approved by Somaliland lawmakers which removed a proposed quota for women’s representation in parliament.

“The fact that women might not be represented in parliament is unacceptable. Women make up more than 50 per cent of the Somaliland population and they should have their political rights,” Ms. Mohamed notes, adding that the majority of the people who voted for the incumbent member of parliament were women. There is currently one woman serving in Somaliland’s 82-member lower house of parliament.

Instead of fighting for the rights of women, they rewarded us negatively by removing the proposal for a women’s quota from the Elections Act,” she adds. “We will no longer vote for men who turn a blind eye to women’s political rights.” 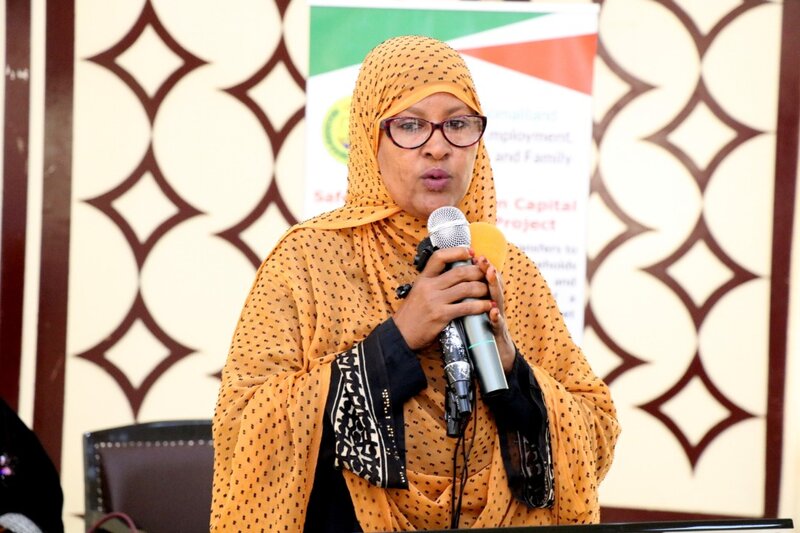 On 25 August 2020, lawmakers in Somaliland’s lower house of parliament approved a new law, known as the Rape, Fornication and Other Related Offences Bill,  widely seen as a step backwards for women’s rights.

The controversial bill defines a child as anyone below the age of 15 years; it permits guardians or parents to arrange a marriage for the mentally ill persons under their charge, even if they are adults criminalizing an act it defines as using witchcraft to cause rape and even proffering the death penalty, if found guilty.

It also removed important details and specifics related to sexual offences that were in the original bill, including clear definitions of all types of gender-based violence, using forensic science to obtain evidence of rape and the prohibition of forced and child marriages.

The new bill would replace the Rape and Sexual Offences Act – a law that the Nagaad Women’s Network and other civil society organizations had been working on for eight years, with support from UNFPA.

While approved by the lower house, the bill has yet to go to the vote in the upper house – the ‘Guurti’ – after which it would be signed into law by Somaliland’s president in order to come into effect.

“We are mobilizing civil society organizations in Somaliland against the bill. We are sparing no effort to ensure that the Guurti does not pass it,” Ms. Mohamed says.

“It has not been drafted in an open, participatory and democratic manner,” she continues. “There was no public debate on it; women and lawyers were not consulted. It is nothing more than opinions of certain groups. Unfortunately, it was rushed to the House of Representatives and they immediately approved it without having the usual robust debate.”

The original bill – widely known locally as Law No. 78/2018 – was a victory for the Nagaad Women’s Network and its partners. After years of lobbying and consultations, Somaliland’s Council of Ministers initiated the bill and the two houses of the parliament approved it, and the president signed it into law in 2018.

Many in Somaliland, as well as the international community, commended it for its comprehensive approach to dealing with gender based violence against women, particularly sexual offences. However, the victory was short-lived. Opposition to some elements of the bill led to it not being gazetted into law.

“Some people were not happy with Law No. 78/2018, so they created propaganda against it, including an argument that the law encourages homosexuality and lesbianism, which was completely not true,” Ms. Mohamed says.

“It is not only unfortunate that the law that we have been working on for a long time might be replaced, but I am also disappointed by the so-called Rape, Fornication and Other Related Offenses Bill as I do not think the bill addresses the serious crimes of a sexual nature committed against women and girls in Somaliland. On the contrary, I believe it might indirectly encourage the perpetration of these crimes.”

According to the Somaliland Youth Violence Baseline, a study organized by the Somaliland National Youth Organisation (SONYO Umbrella), 16 per cent of young females, aged between 15 and 30, experience at least one rape in their lifetime.

A recent Somaliland government survey by its Ministry of Planning and National Development and Ministry of Health Development, and supported by UNFPA, noted that more than 70 per cent of women interviewed indicated that the forms of domestic violence are physical assault, denial of education, forced marriage, rape and sexual harassment.

The survey also noted that women with higher education are more likely to acknowledge the occurrence of domestic violence as opposed to women without lower levels of education.

In addition, 12 per cent of women aged 15-49 reported that they had encountered physical violence from the  age of 12, while six per cent reported experiencing physical violence in the 12 months preceding the survey. FGM has been practiced in Somaliland for several decades. The recent government survey found that FGM is high at 98 per cent among women aged between 15 and 49.

“It is better not to have a law at all than have the so-called Rape, Fornication and Other Related Offences Bill. We know that it will not tackle sexual offences crimes. We need a more comprehensive and effective law,” Ms. Mohamed says, “This was a great setback for us. We were very disappointed – however, we will continue our fight and will not rest until we ensure that there are enough laws protecting women from violence and giving them all the rights they deserve.” 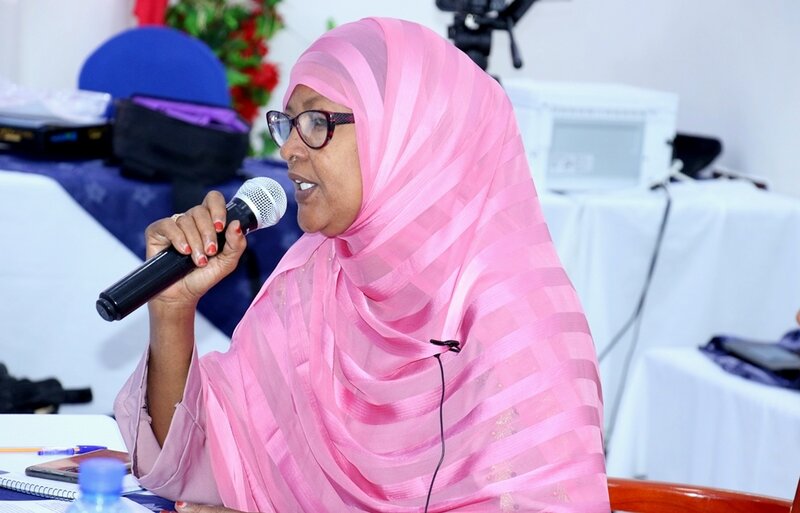