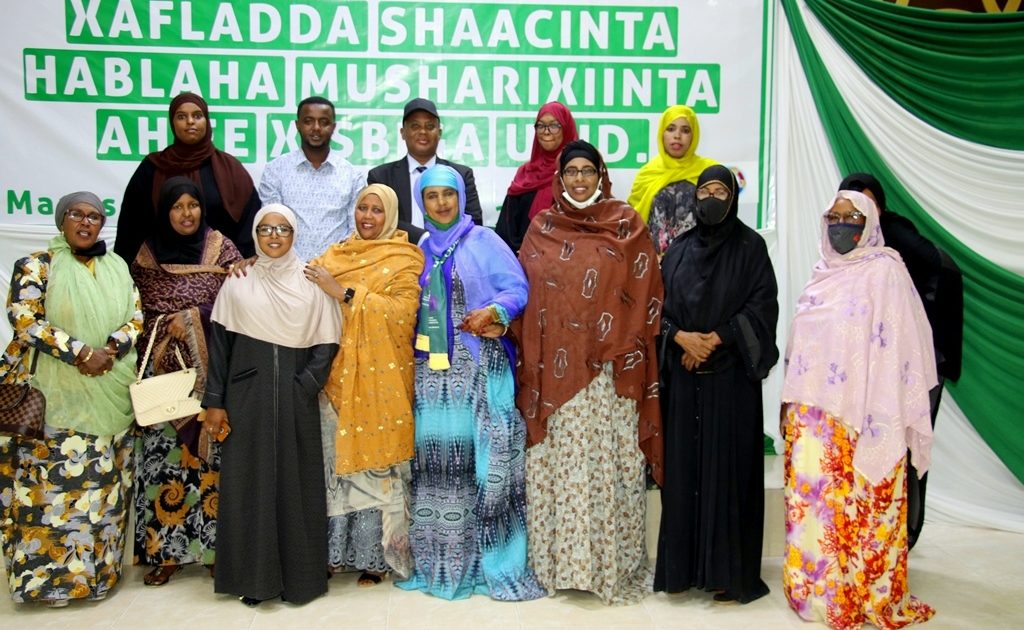 NAGAAD Congratulate UCID for Feilding 10 Female Candidates, Calls on Women to Vote them In

“NAGAAD Congratulate UCID for Feilding 10 Female Candidates, Calls on Women to Vote them In”

The Justice and Welfare party “UCID” and Nagaad held a well-attended ceremony at the Mansoor Hotel to announce the names of 10 Female candidates vying for parliamentary and local council in the upcoming elections.

Among those attending the ceremony were the third vice chairperson of the Justice and Welfare Party “UCID” Mr. Said Omar Ahmed (Said UCID), Ms. Khadra Omer Hassan, the vice chairperson of Nagaad and officials from UCID, Nagaad Network and members of the public.

irst of all, Ms. Khadra Omar Hassan, Vice Chairperson of Nagaad Consortium, said, “It is a great honor for us as the Somaliland Women’s and Nagaad to gather here to honor the 10 female candidates of the UCID National Party who shall be competing  for seats in the upcoming local council and the House of Representatives, and UCID being the first national political organization to honor the female candidates, I hope other parties will follow suit and follow UCID stance.

Speaking at the event, some of the party’s female candidates who spoke at the event, said, “It is a good thing for us today. We have worked on for a long time to reach this level. I am especially grateful to UCID Chairman Eng: Faisal Ali Hussein for his support. We would like to thank the women and youth of UCID, for giving us your vote and support us so as to make our dreams come true. I and my fellow candidates are very grateful to Nagaad Umbrella.

Mr. Omar Ahmed (Saeed UCID), the third vice chairperson of UCID party said, “I would like to pass a special message from Hon. Feisal Ali Waraabe, the chairperson of the Justice and Welfare “UCID” thanking the Nagaad Network and its staff for hosting the dinner for 10 female candidates and I hope, the women of Somaliland shall support them during the elections.