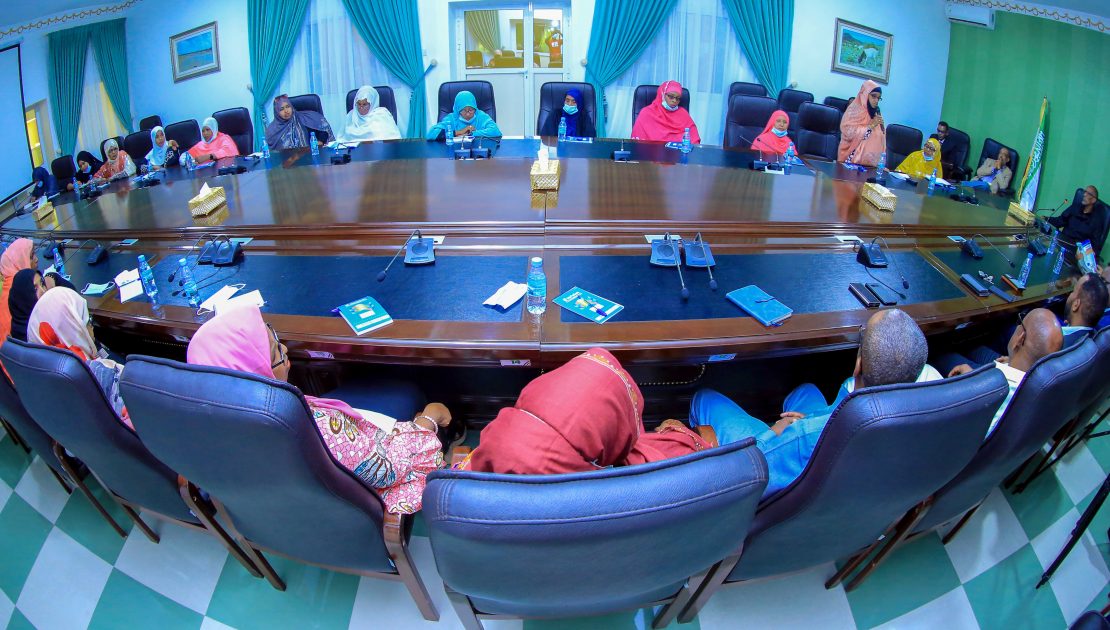 The President of the Republic of Somaliland receives the women that lost in the recent elections for the House of Representatives and the Local Councils.

The President of the Republic of Somaliland receives the women that lost in the recent elections for the House of Representatives and the Local Councils.

Hargeisa-20-06-2021 – (MT-JSL) – The President of the Republic of Somaliland, Mr. Muse Bihi Abdi, today received at the Presidential Palace the women candidates who participated in the recent elections for the House of Representatives and the Local Councils that took place in the country on May 31, 2021, and did not win the seats they were running for.

First, the Minister of Environment and Rural Development, Ms. Shukri Haji Ismail Bandare, addressed the gathering and thanked the President for this meeting with the women who had failed in their bid to become members of the House of Representatives and the Local Councils, and pointed out that this meeting was put together by the President.

The chairperson of NAGAAD Network Ms. Ismahan Abdisalam Hassan, spoke about the efforts of the women candidates and the government and other women’s organizations who are committed to making these women successful. She urged the women not to be discouraged and to continue their efforts.

Among the female candidates who did not win were Ms. Dalays Shire Farah, Ms. Saada Aw Muse Ahmed, Ms. Suad Carmiye Odawa, Ms. Halima Hussein Yusuf, Ms. Nimo Mohamed Awale, Ms. Amran Ali Bile and Muna Hussein Khalif speaking on behalf of Hiil Haween, spoke at length about the various challenges they have faced in achieving success, and pointed out that they have come a long way in learning life and political lessons that will benefit them later in life.

Professor Ahmed Ismail Samatar, one of Somaliland’s leading scholars and a member of the Kulmiye party, lamented that some well-educated women were not able to run for office, noting that it had now been achieved. He continued saying that it is time to overcome all the challenges facing women that are beyond the reach of the government alone.

The second Vice Chairman of the Kulmiye party, Mr. Ahmed Abdi Huessein (Ahmed Abdi-dhere), spoke at length about the important role women play in the nation and how the party strives to have a transparent and competitive environment, who have given all regions of the country a large share to participate in the Local Councils and the House of Representatives in the recent elections held in the country.

The Ministers of Interior, Hon. Mohamed Kaahin Ahmed, Information, Culture and Awareness, Hon. Saleban Yusuf Ali Koore, Livestock and Fisheries Development, Hon. Said Sulub Mohamed, Employment, Family and Social Affairs, Hon. Mustafe Ali Bile in their remarks, praised the President for his meeting with the women who did not win their seats in the regions and districts of the country, and underlined the government’s commitment to always stand by the women of the nation.

The President of the Republic of Somaliland, Mr. Muse Bihi Abdi, after listening carefully to the proposals and requests of the women, delivered a speech advising women, pointing out that women have achieved great things and that most of the challenges facing them today are shared by everyone, and said, “Women are winning today because if not only men are pushing and pressing against you, but both the clan-based system and the culture we have as well, then you should be delighted about the fact that those who thought that such notions would get them elected are also in the same position as you. And if you look at the votes, what you have been complaining about is also shared by those who were counting on getting elected, and they too are not coming out.”

The President continuing his speech pointed out that as the President he will be taking a large role in getting women involved in the National Advisory, and eliminating the obstacles women are facing, “As the government, we will work with you, and the barriers that women face is a national duty that everyone has a responsibility to help find a solution and push for it. As the government and as an individual, I will do my part and I will do my best,” said President Muse Bihi Abdi.

The President welcomed the various requests made by the women who did not win the elections, and told them that he was sympathetic, and that their joint request was particularly welcomed and taken into consideration. 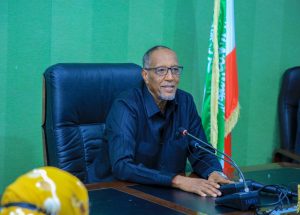 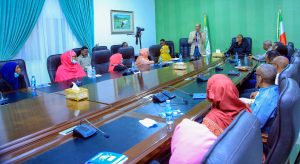 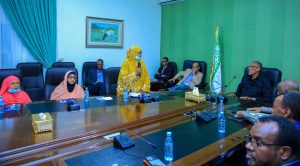 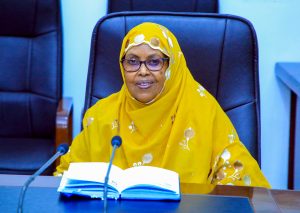 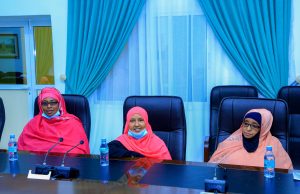 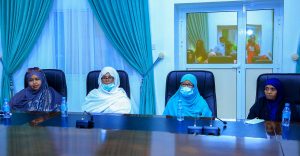 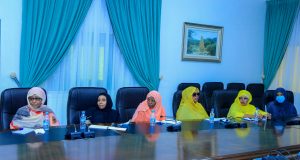 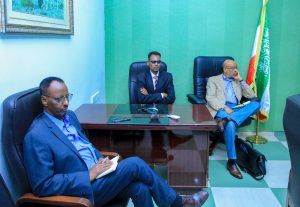 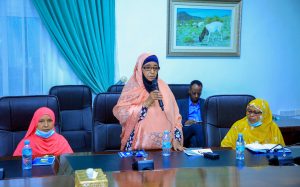 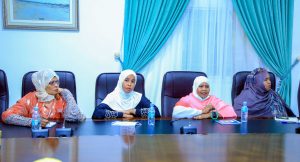 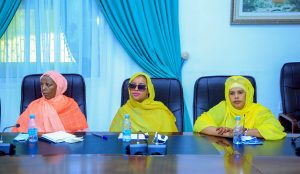 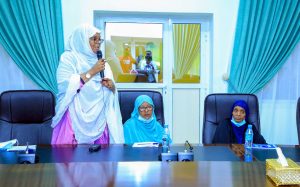 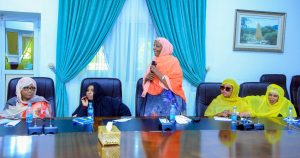 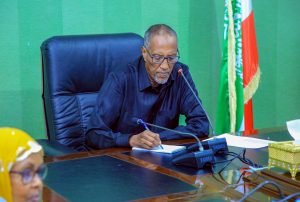 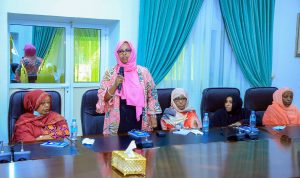 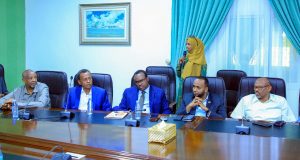 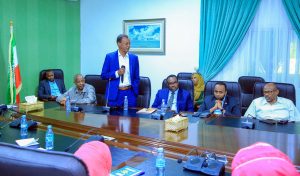 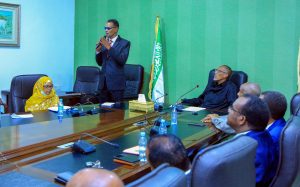 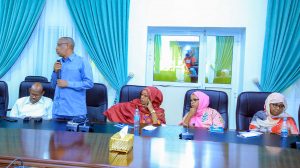 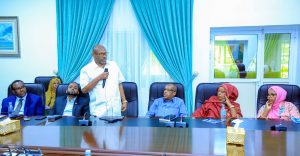 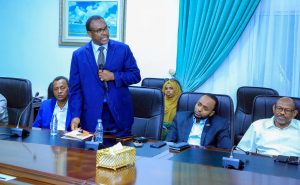 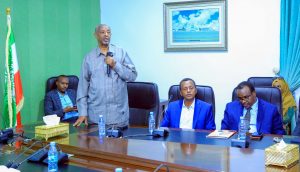 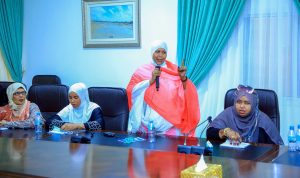 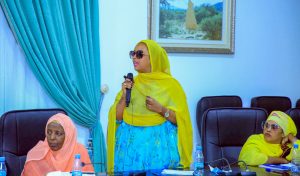 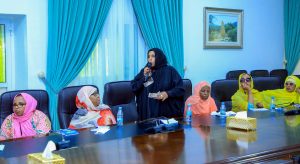 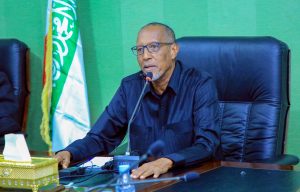