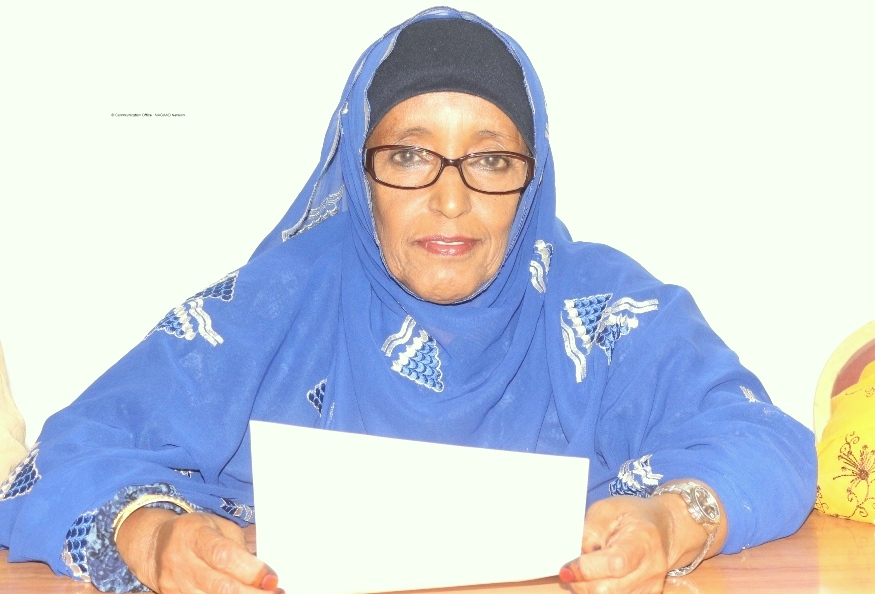 Press Release Nagaad Women’s Network Extends Its Condolences To The Victims Of The Waaheen Market Fire In Hargeisa,

Nagaad Women’s Network extends its condolences to the victims of the Waaheen market fire in Hargeisa, and we pray that Allah swt will replace what they have lost with something better. We thank everyone who feels shocked and saddened by what has happened.  The Umbrella calls on the Muslim community everywhere to help and participate in the rehabilitation of these people and the rebuilding of their structures.  Waaheen Market was the largest market in Somaliland, serving the neighboring countries as well.   The umbrella also calls on the international community, international and local agencies to take part in rebuilding the market and rehabilitating those affected by the fire, which has affected thousands of Somalilanders.  It was one that created jobs for the vulnerable that were working for the wealthy, they should also be included.   According to the commission, the value of the property lost is estimated at $ 1.5 billion to $ 2 billion. 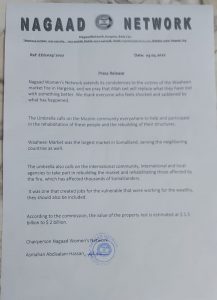