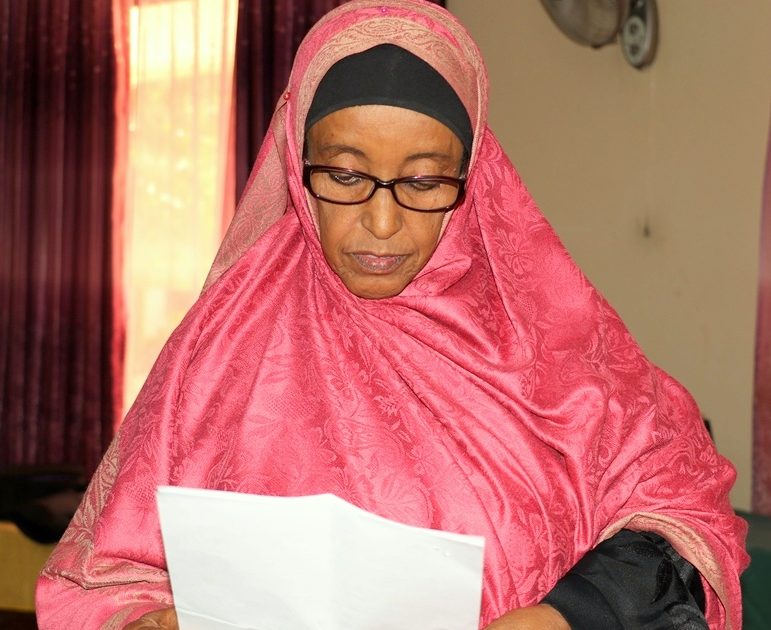 Women’s Network Nagaad expresses concern over the recent controversy over the appointment of Kaltuun Sheikh Hassan Abdi, as the Chairperson of the Commission, opposing the disqualification of the only female member of the Commission who has been elected as the chairperson to the detriment of femininity.  The Umbrella calls for the position to be elected by a majority of the members of the Commission, with due regard to the rule of law.

The move, which was previously congratulated by Nagaad on behalf of Somaliland women, the post is now a matter of concern over the controversial move by former National Electoral Commission Chairman Abdirashid. Rayo Raac, and they suggest that he supports and stand by the woman who supported him and stood by him during his tenure. Finally, Mrs. Kaltuun Sheikh Hassan Abdi, the newly elected Chairperson of the Somaliland Electoral Commission, a person with extensive experience in electoral matters and social services, we hope that Allah will make this task easier for her. 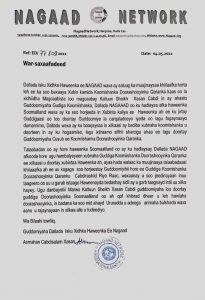